The idea for Class Creator first came about three years ago.

Tim, one of the founders of Class Creator, was discussing different app ideas with his brother, a computer scientist. As Tim was a teacher the idea of creating new classes was just one of many that were thrown around over a few games of pool. Like most ideas discussed over pool…they were left dormant.

Three years later,Tim, who was teaching grade five, actually had to make new academic classes. For the previous two years he’d been a grade six teacher, thus teaching the final year of primary school he didn’t have to make classes. As soon as Tim started to think about the process of making classes his head began to throb. There were so many combinations, variables, road blocks, stakeholders, different processes, etc that the task seemed destined to be very large, especially in a big school. Tim tried to come up with a better method, but he quickly realised that the problem was beyond him.

Around the same time Tim and his wife, Corinne (also a teacher and founder) met with a team of software developers, to discuss some app ideas about making stories for kids. Tim also mentioned “Class Creator” and the team were very interested. It turned out they also had vast experience in not just software, but also computer science and mathematics…two areas that were integral to finding a better way of making classes by using computers. Their background was also in stock trading, which had some similarities with “trading students” between classes. An agreement was formed, and the journey began.

Tim, set about drafting the process schools use to make classes. Reading school policies from around the country and world, there were plenty of differences, but the heart of the problem was the same. A workflow was drafted and redrafted many, many times.

We spoke to our end-users, teachers and principals. We interviewed them on their current processes and frustrations. We also  asked about any concerns, requirements and ideas they had for using software to create classes. It was fair to say everyone we spoke to was very keen to see what we came up with, as creating classes was obviously a time consuming task in most schools.

Over the next seven months…

The algorithm has been re-written countless times.

Many passionate discussions have been had, and equally laughs have been many.

Whiteboards and note pads have been filled with sketches, designs and diagrams.

And finally, after months of planning, research, building, testing and tinkering…Class Creator lives!

The greatest challenges have been…

The challenges that we expect lay ahead…

Thanks very much for stopping by our blog and we’d love to hear from you below or shoot us an email at: info@classcreator.com.au 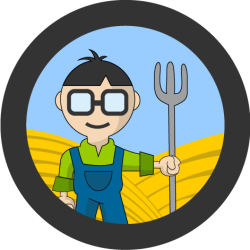